How Do Prostitutes Feel About Themselves?

Prostitution is a rapidly growing business. Sex workers have been living among us since the ancient times and we never considered them respectable. Selling your body for some dollars are not accepted in our society but still, there are many men out there who would love to have casual sex with a prostitute. Working as a prostitute is not as simple as it feels like. There are many prostitutes out there who have their different backstory and here is how some of them feel about their job and themselves. 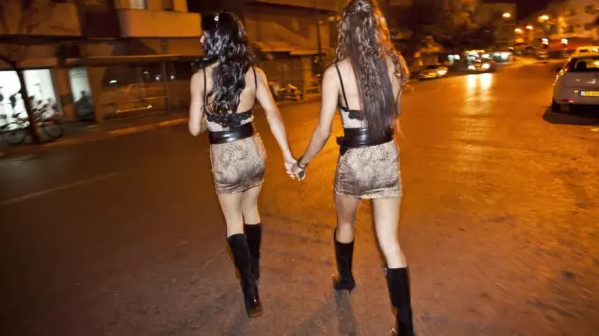 They Are Never Proud of Their Job

Having sex is pleasurable for everyone but for prostitutes, it is the worst nightmare. They have to do as they are told and they never get the chance to have sex the way they want. This is the reason it often gets more painful for them. The partner they have for the night could be anyone and the worst part is that they never get to rest. They do not get a chance to say that they would like to have safe sex because they will get judged even if they get those words out of their mind. Things always get tough for them.

They Would Love to Have a Normal Life

There are many girls out there who have been brought into this life against their will, kidnapped, raped or financial issues. They were living a happy and normal life and would do anything to get their life back. They do not feel happy about themselves or the job they are doing. It is always like a living hell for them. Just give them one chance to live a normal life and they would do anything to assure that everything is managed properly and they will not have to work as an escort again.

They Get Abused Than Any Other Girls

You will be surprised to know that how prostitutes are abused.

1. People who are using them to make money will hit and punish them if they will go against their will.

2. Individuals who have paid for the sex will use prostitutes as their tools. They will do anything to get what they want. If they are angry they will start hitting the girl without considering the fact that it could even kill her.

3. You will be surprised to know that how many marks, injuries, and wounds, prostitutes have to hide under their make to assure that no one will find out.

It Only Gets Tough for Them

With the passage of time thing get tougher for them. As they grow old, people will start avoiding them as they are tissue paper that cannot be used now. Even the people who they were working for will throw them away for some new girls. They are left with nothing at the end except regret and sense of failure. Things were not easy for them when they were brought into this business and they will not get easier for them when they will get out of this business.

If you will pay close attention you will notice that no one is born a prostitute. The only way to stop this business is to assure that we stop going to prostitutes and ruining the lives of millions of girls out there who did not even want this in the first place. There is no prostitute in the world who might be proud of what she is doing. We have to take a step to save the girls because the next day it can be anyone else who get drowned into this business.